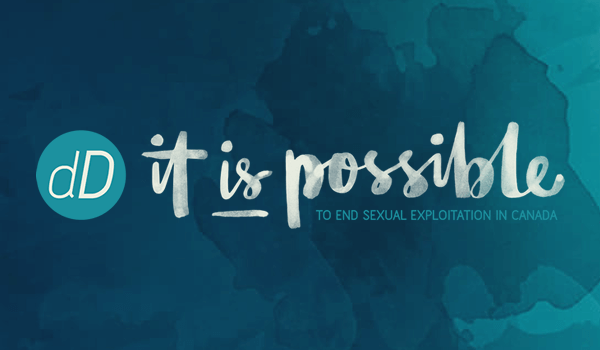 Toronto, ON — Defend Dignity is very disappointed today by the decision of the Supreme Court of Canada in Attorney General of Canada v. Bedford.

Laws are a reflection of societal norms and values. Our hope for Canada is that it be seen as a country where no human being is for sale, and where the value of each person is defended. No one has the right to purchase someone for sexual gratification or abuse, and our laws must reflect this.

Our country’s highest court has failed to uphold the fundamental Charter value of human dignity by striking down our prostitution laws and allowing for the commodification of children, women and men.

As has been seen in other countries that have decriminalized or legalized prostitution, violence increases, trafficking of foreign women and children into the sex trade escalates and so does organized crime. Canada will no longer be seen as a country that elevates women’s rights and champions gender equality. A separate class of female human beings, especially those who are economically and racially marginalized, will be necessary to satisfy this demand for purchasing sex.

Defend Dignity calls for Parliament to respond to the Supreme Court ruling by enacting new and better laws based on the legal and social framework of the Nordic Model of law. This model of law is superior to any other prostitution model in place because of its foundational beliefs that prostitution is violence against women and an affront to gender equality. The Nordic model does not tolerate sexual exploitation and therefore criminalizes the purchase of sex as well as the profiting from selling someone for sexual purposes. It also provides social systems that allow women to find the services they need to exit prostitution. Part of the success of the Nordic model is the public awareness component which centres on the core belief that prostitution is violence against women, and the message that prostitution is a dangerous and undesirable pursuit as a buyer or a seller.

Defend Dignity will continue to encourage our Parliamentarians to consider the Nordic Model. We urge you as a citizen of Canada to keep our country free of inequality, violence and exploitation by defending the dignity of all human beings. Please speak to your MP today about the importance of implementing laws which will create a legacy for future Canadians of freedom and dignity for all.