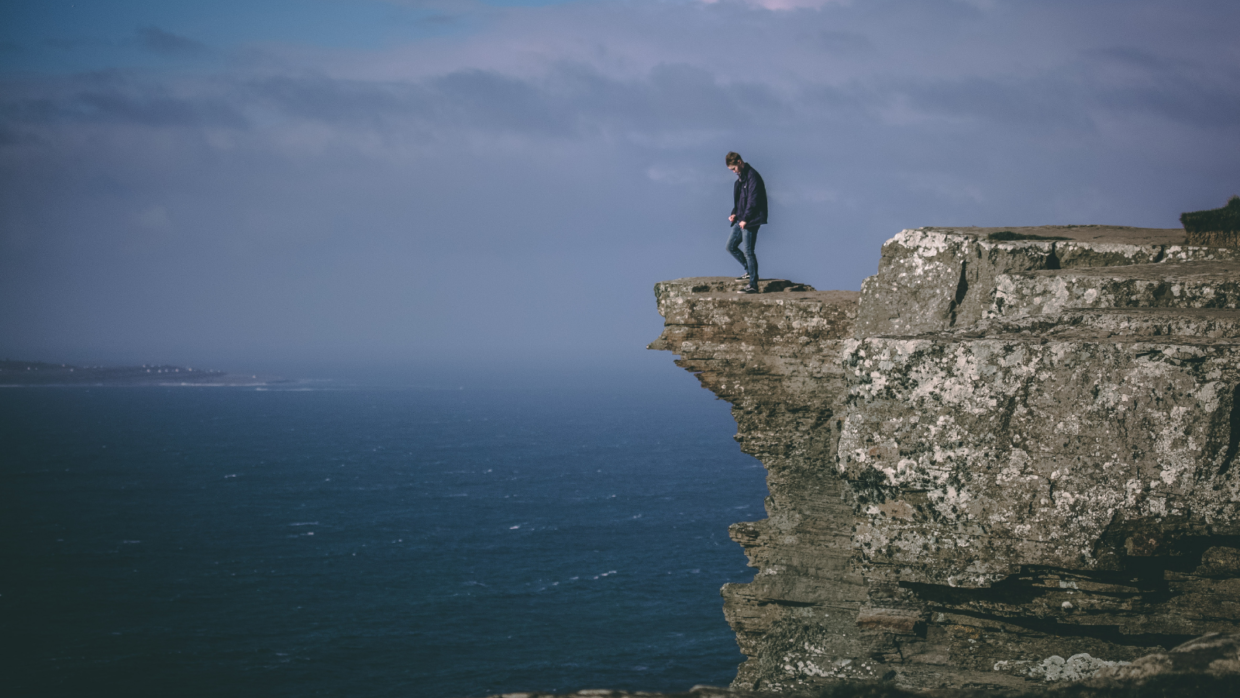 Canada is at a very important crossroads right now. The topic? One you might think you know a lot about, informed by mainstream media, yet one you might also feel you have no connection to.

One of women’s oldest known oppressions.

Lately, there has been a push to repackage, rebrand, and sanitize prostitution. This is done, in part, by using words and phrases that you might recognize but that also confuses the issue. For example, words such as “human trafficking”, which describe a woman being prostituted by another party referred to as a trafficker who an era ago would have been called a pimp. It also includes some form of movement whether across the city or to another country. “Sugar babying” or “escorting” are other terms.

While some argue there are great differences between “forced prostitution” (described as “human trafficking”) and “not-forced prostitution” (described as “sex work”), I would argue there is not much difference at all; in fact, they all describe the same activity: Men purchasing sexual acts from women who by and large, are complying to perform sex acts due to some lack of necessity or due to the abuse of a third party, such as a pimp/trafficker, perhaps a brothel owner who profits from that woman’s abuse. Some of the things she may be struggling with that make her more vulnerable to this exploitation are poverty, providing for her children, addictions, living with the hardships of being a visible minority, colonization, being a former child in government care, and mental illness among a plethora of other issues none of which include a desire to have sex with a stranger.

“It is not the law nor policies that beat, rape and kill women in the sex industry, it is men who buy sex acts and the men who sell women as pimps who commit that violence.”

In Canada, our laws around prostitution are called the Protection of Communities and Exploited Persons Act or PCEPA. I highly recommend reading the short summary and preamble of the law as it clearly states what PCEPA aims to address and describes the hope PCEPA provides for Canada moving forward.

It is very possible to work toward the end of this form of oppression while keeping those still involved in it safe. Some would like society to believe that violence and perhaps even deaths of women in prostitution have gone up since the law was passed in 2014 but statistics simply do not bear that out. Does it happen? Yes, but it also did before the law reform and since PCEPA was in no way implemented consistently across the country, so there is no way we can fully judge the effectiveness or ineffectiveness of the law.

There are those who insist it’s the laws that are the problem and that the sex industry under a certain framework could almost be entirely safe, but this is simply untrue. It is not the law nor policies that beat, rape and kill women in the sex industry, it is the men who buy sex acts as well as those mentioned previously, traffickers, pimps, and brothel owners who can cause violence.

“If prostitution is legalized, that means we agree to have it with us. Who do we think will predominantly fill those brothel beds? Those with options and support? Or perhaps others who are vulnerable without as much support or as many options.”

Similarly, it is not a location that is unsafe; it is the man she is in that location with that makes it unsafe. We need our laws to stand up to men’s behaviour and we should not legitimize abusive behaviour by decriminalizing it. I and many others – enough to be an actual global movement – don’t see anything redeemable about the sex industry. It is so deeply entrenched in misogyny and women’s and girls’ inequality that there’s no redeeming it, it needs to end.

Here is where you come in.

What I would like you to think about is if the whole sex industry were fully decriminalized – meaning brothel owners, pimps (who would probably try to pass themselves off as managers) drivers, “security” and other predatory and parasitic individuals that financially profit off the sex industry – if  they were able to operate unfettered could that impact you in any way? “Not at all!” you might say.

But hear me out: if fully decriminalized or legalized, the sex industry will impact you.

For example, if your strata building allows rentals, will you have to discuss how many micro-brothels can be in the building?

What about the potential increased car and foot traffic of men coming and going? True we all have visitors but a business would have more, no? Could the strata be held responsible if anyone underage is inside or hanging around the micro brothel? Would strata possibly need to implement some practices around age verification and ensuring everyone was there legally, duress and coercion free?

Those in the sex industry often discuss how they need to be able to hire security, would similar measures need to be taken to ensure the security of the building and tenants and whose responsibility would that be? Owners? Renters? The strata?

It’s commonly known and police will attest that there are common peripheral crimes that surround the sex industry such as drug trafficking and dealing, men under the influence of drugs and alcohol, and general inappropriate social behaviour – could you see this affecting your common living spaces?

What about pimps, brothel owners or human traffickers who get to rebrand themselves as businessmen if prostitution is legal? How would you feel about these “business owners” as part of your local Neighbourhood Business Association?

Would laws need to be implemented so any business rooted in the sex industry is not close to schools, daycares, community centers and other similar community spaces? All businesses advertise, so would parameters be put on sex industry advertising? I’m sure ads would try to match the feel of other advertising but let’s remember those ads are selling women, as the goods. Ads for clothing, perfume, cars, and all those sorts of inanimate objects are annoying but fine – but not the selling of living breathing people.

If prostitution is legalized, that means we agree to have it with us. Who do we think will predominantly fill those brothel beds? Those with options and support? Or perhaps others who are vulnerable without as many supports or as many options.

“As Canadians we need to interfere with this antiquated misogynistic thinking that prioritizes men’s sexual demands over women and girls’ safety. We need to work on creating safer communities and a safer country by saying no to paid sex.”

I think we should be investing in our social safety net so that the sex industry doesn’t become our legislated defacto safety net. We do not owe men a place to ejaculate but we do owe women a safe country that helps take care of our women in hard times.

As a country, how will we deal with the increase in sex tourists to Canada? When Germany legalized prostitution it became a ‘sex paradise’ for foreigners – thanks to the 2002 reform which permitted conditions that their neighbouring countries were amazed at: large brothels with low fees and flat rates, and ‘wellness’ brothels”. As Schwarzer stated, “Foreigners travel from as far as Scandinavia and France by the busload.” Her comments come amid a debate about Germany’s prostitution laws you can read here https://www.dnaindia.com/lifestyle/report-germany-a-sex-tourism-hots pot-1919870

This article – and many more can be found – although a bit dated, reveals the fundamental truths of prostitution that have not changed: “Germany has more prostitutes per capita than any other country on the continent, more even than Thailand: 400,000 at the last count, serving 1.2 million men every day. Those figures were released a decade ago, soon after Germany made buying sex, selling sex, pimping and brothel-keeping legal in 2002. Two years later, prostitution in Germany was thought to be worth 6 billion euros – roughly the same as Porsche or Adidas that year. It’s now estimated to be 15 billion euros.” Do you think any of the women being prostituted in those brothels were the ones making millions?

Do we want this for Canada?

Women, if men are emboldened and paying for sex is considered in no way a crime, how would you feel if men approached you asking your price for sexual favours? In certain neighbourhoods right now, this already happens all the time.

As Canadians we need to interfere with this antiquated misogynistic thinking that prioritizes men’s sexual demands over women and girls’ safety. We need to work on creating safer communities and a safer country by saying no to paid sex. PCEPA is a great start to that change but the work does not end there – we must address the peripheral issues along with it.

This is a hard topic. No one wants anyone to be unsafe, and no one needs to be unsafe. Personal safety and ending oppression are not mutually exclusive but this is a topic that will affect us all and I would hate for us to be 2 years into full decriminalization legislation realizing what an awful nightmare it turned out to be. We need to pay attention to this issue now. Please have conversations with your MP’s, friends, and family members, and most importantly look at the men in your life and ask them if they buy sex and share with them what their actions are contributing to. I hope you will do more self-education by looking at the links on this topic at the end of this blog.

Coalition Against Trafficking in WomenCATW

Trisha Baptie is one of many trying to reframe the questions, assumptions, and analysis surrounding the world’s oldest oppression, of women, girls and some boys, prostitution. She believes we must shift the focus, conversation and responsibility off the women and look at who is not being discussed the men purchasing sex and all the periphreal players as well.

After 15 years of being prostituted that started when she was 13 years of age she was able to exit. She has become a respected and sought after educator, presenter, writer and organizer known on local, national and international levels. Trisha sits on the first ever International Survivors of Trafficking Advisory Council (ISTAC) and is well versed in all the systemic and intersecting issues affiliated with the sex trade.