Wolf Woman is the inspiring true story of one Indigenous woman’s journey from brokenness towards healing. At once heartbreaking and hope-filled, vulnerable and tenacious, Wolfe’s story shows the resiliency of the human spirit and the power of healing to create real life change.

“I believe there’s a reason for everything. I believe that no matter what I went through, I have a story, and my story is like those of so many of my Indigenous brothers and sisters. It’s the story of rejection and deceit. It’s the story of abuse and shame. It’s the story that many of my friends, family members, and my beautiful mom were never able to tell because their lives were cut short. I tell my story so that people can watch out for women and young girls who are being exploited. They’re not exploited because they choose to be. They’re there because life dealt them a bad hand.” 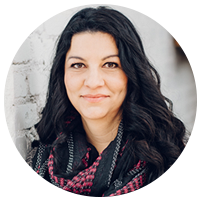 Beatrice Wallace abandoned by her birth parents and then later by her adoptive mother, Beatrice learned to survive on the streets at age 13. Abusing drugs and alcohol gave her a way to flee, to forget the pain of rejection, sexual exploitation, and the abuse she suffered. But a deep love for her children caused her to cry out to her Creator and seek help. Beatrice began a journey of healing from the abuse and addictions that controlled her and discovered her identity as a Christian Indigenous woman. Beatrice was part of the Defend Dignity team from 2011 to 2020.

There are no reviews yet.

Be the first to review “Wolf Woman” Cancel reply